I’ve been a little lax when it’s come to announcing some of the latest happenings on my blog recently. But, since I was invited to be part of a blog party (click for the Facebook event), I thought this would be the perfect opportunity to talk about some of them, as a way of introducing some people to the sorts of things I do. As an added bonus, commenting with a question for me (about me or any of the things I do) will give you a chance to win an ebook copy of my novel, Adrift. I’ll respond to questions as soon as I can (which may not be until my morning).

Last month, I had a couple of short stories published in anthologies. Both of these stories are set in the same universe as my novel, Adrift.

Haunted
Published in Harvest Moon.
Being murdered wasn’t the end of the world for Prudence. Unfortunately, the purgatory she is sent to is an eternity on Earth as a mermaid. While she makes the most of her predicament, there is one thing that will always eat away at her…
Amazon 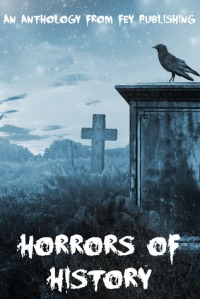 Bridging the Divide
Originally published in issue one of Plunge Magazine
Now re-published in Fey Publishing‘s Horrors of History anthology.
A mermaid hunts a murderer in London, 1894.
Paperback

Both of these stories feature Prudence, the mermaid who appears in Adrift, and Haunted could be considered a missing scene from the novel.

I’m presently putting together an anthology of speculative fiction for Solarwyrm Press, specifically looking for stories that are set in the Asia-Pacific region, or written by people who live there.

If you’re interested in submitting something, the deadline for submissions closes on November 30, and the full guidelines can be found here.

I’ve been really excited by the range of countries/places used in the stories submitted so far. Australia, Japan, Malaysia, the Philippines, China, Indonesia, North Korea, India, New Zealand, Singapore, and various Pacific islands. I’ve read less than half of my current submissions, though, so I’m particularly looking forward to seeing the content of those that remain.

In February 2012, I travelled to Honolulu, Hawaii, in order to shoot a second music video with Oil in the Alley. The first video I filmed with them was for “Rule the World (Skulls & Dragons)” released in January 2011. Due to needing extra footage, and my wanting to finish and release my novel first, I’ve taken a good long time to finish the editing of the video for “He Makes You Laugh.” However, it’s close to being finished (I’m awaiting more feedback or approval on the latest edit) and it is due to be officially released early next year, when Oil in the Alley have more shows to promote.

Here are some sneak preview screenshots: 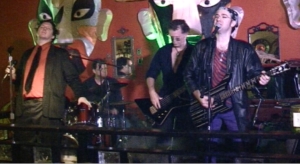 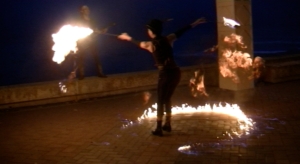 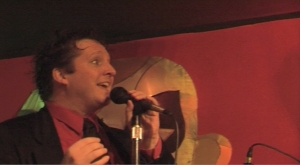 And, as an added bonus, Sean TC O’Malley and R Kevin Garcia Doyle (of Oil in the Alley) recorded a song for me during a rehearsal last month, inspired by a prompt I gave them about Adrift. Watch it below!

(Watch on YouTube, which also includes links to more of their videos.)

This Saturday, November 23, I’ll be reading an excerpt from Adrift as part of Readings@Seksan, which is on in Bangsar, Malaysia. Here’s the Facebook event page. I’ll also have a few copies of the book available for purchase, for RM55.

I’m about to head off on a trip to Cape Town, South Africa, though I am yet to blog about my last two trips overseas – to Kochi, Kerala, India in June, and to Melbourne, Australia and Christchurch and Dunedin, New Zealand in August.

Now, feel free to ask me anything you might want to know. All commenters with a question will go into a draw to win a free ebook of my pirate time-travel novel, Adrift. If the winner already has my book, or prefers otherwise, then they can instead choose a prompt for me to use in my next book, Losing Prudence. The prompt needs to include a character name, time period/year between 1662 and 1900, and a location that can be accessed by water that is attached to the ocean somewhere (or the ocean itself). The story will also include a dedication to the winner.

I’ll draw the winner when I get home from my reading on Saturday 23rd November (probably around 8pm Malaysian time, which is 7am US EST). The winner has been drawn!