Whilst I’ve been unemployed during the pandemic, the excess free time has afforded me opportunities to think more deeply about certain issues that impact my life. Especially considering 2020 was an election year, and we saw how social media impacted the 2016 election. Social media has been my primary way of connecting with friends for … END_OF_DOCUMENT_TOKEN_TO_BE_REPLACED

It’s been a little over a year since the impact of the pandemic caused me to lose my good, Union-supported tour guide job in San Francisco. I’d been one of the tour guides who helped support our move to a Union contract in the summer of 2019. We successfully negotiated higher wages and better benefits. … END_OF_DOCUMENT_TOKEN_TO_BE_REPLACED 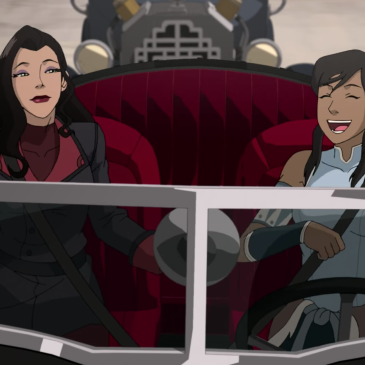 Content warning: discussion of emotional abuse, manipulation, trauma, and other similar/related topics.Word count: approx. 18,000 (pace yourself). After making our way through Avatar: The Last Airbender, my kids and I moved onto The Legend of Korra—a rewatch for my 14yo and me, who watched it Aug-Oct 2020, but the first time for my 10yo. I’ve … END_OF_DOCUMENT_TOKEN_TO_BE_REPLACED

It’s funny, it wasn’t until I was figuring out the title of this blog post after watching the pilot of Kenan that I realised this truth: The only network TV I’m watching on a week to week basis right now is from NBC. That wouldn’t be true if Supernatural hadn’t recently ended its 15-year run, … END_OF_DOCUMENT_TOKEN_TO_BE_REPLACED

The first time #MeToo was considerably trending, when everyone was talking about it, and it was all over the news media, I was not in a position where I felt like I could publicly discuss my experiences. Since then, I’ve publicly confronted someone who was abusive toward me (offline), had other survivors not believe me … END_OF_DOCUMENT_TOKEN_TO_BE_REPLACED 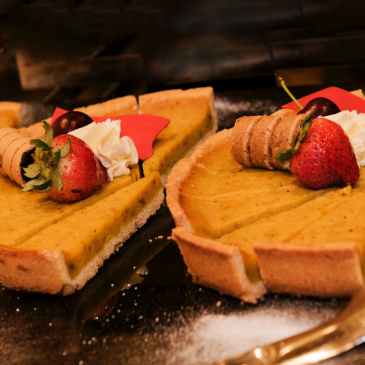 I’ve been writing about and sharing my life online on-and-off since I first got a LiveJournal account around 20 years ago (sometime in the year 2001). One of the things I liked about LiveJournal was that you could filter your audience because there was an actual community there, and you could learn about others and … END_OF_DOCUMENT_TOKEN_TO_BE_REPLACED

Last weekend, I started working on a different blog post. I got pretty far into it before my mind and body were overtaken, and I’ve essentially spent a week inert, but for attending my classes, and spending time with my children. Since the attempted coup on January 6th, I’ve been almost consumed with up and … END_OF_DOCUMENT_TOKEN_TO_BE_REPLACED

This is a topic I’ve wanted to write about for a while. I consider myself an honest person, and value it pretty highly in myself as well as in other people. However, much of my relationship experience has involved more private men. They certainly didn’t fit the stereotype of the man who brags about their … END_OF_DOCUMENT_TOKEN_TO_BE_REPLACED

I have at least 4 draft blog posts of various states of written-ness. What I prioritise can change at the flip of a light switch depending on the day. I did intend to blog more, once I returned here in October, but other things came up and were prioritised first. Maybe I’ll eventually get back … END_OF_DOCUMENT_TOKEN_TO_BE_REPLACED

I spent some of my weekend building more Lego. After two job fairs and applying for jobs last week, it was nice to be able to give myself permission to sit back and relax and do something fun. This set is only one of two sets I worked on, but the other set is one I did with my kids.
Happy Easter to those who celebrate.
I found the monster cookie that was modelled after me. 😂😂😂
This is going to be a mixed feelings post.
Change in two years. That's how long it's been since I cut my hair. 😂
Had a bit of a theme going for my outfit today when I went grocery shopping. Got noticed by a charity guy at the entrance of the store as an Avatar fan as a result. 😂
Look at this gorgeous cover! I love Wiccan and Hulkling so I was really excited to read this, and it was not disappointing. Very satisfying story, and I love the art.
Playing Charty Party All Ages with my kids for the first time tonight. Ordered this game while I was studying data analytics. Proud of these charts by me (1), my 10yo (2), and the cards both my kids played that made it really hard for me to choose (3).
My body is a little contorted in this picture, but you try taking a selfie where you can show off all the words on a shirt you won for watching online improv while also showing off the hat stand you bought after being inspired by @irleygirl so you'd be able to easily access costume hats in an improv show! It's in a corner of my room that makes it a little challenging to maneuver around.